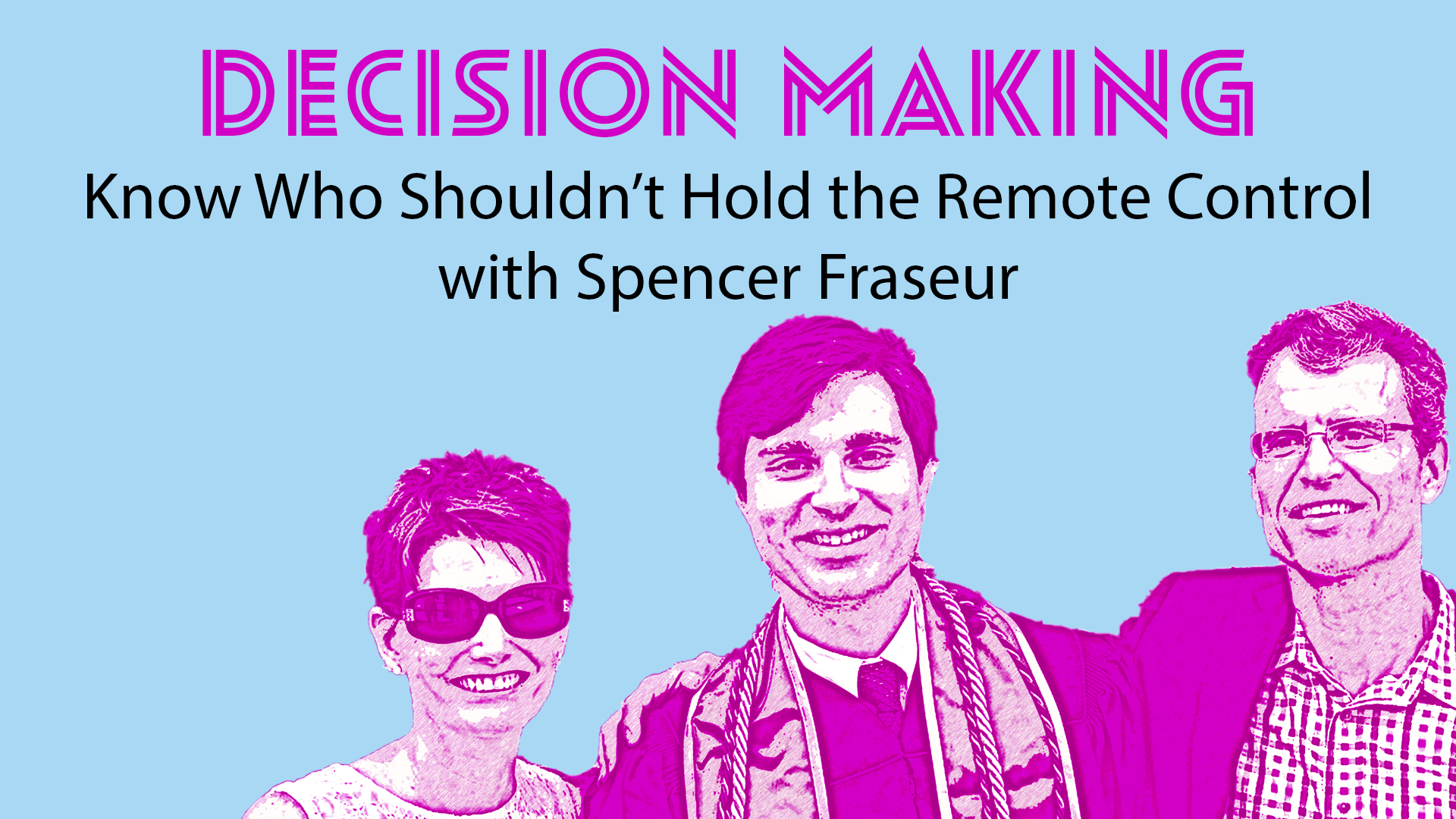 Are you a maximizer or a satisficer?  Join Cindi, Geoff, and Spencer for a lively romp through the most interesting decision-making assessment you’ve never heard of.

In this episode of Management Muse, we’re joined by Spencer Fraseur, Cindi and Geoff’s nephew, and a doctoral candidate in management at the University of Texas at Arlington. In this episode, the Muse dives into the difference between maximizers and satisficers, and explores the work implications of each decision-making style.

[2:20] What the article “Maximizing versus Satisficing: Happiness is a matter of choice” suggests about the decision-making habits of Maximizers and Satisficers.

[5:13] The three main factors that distinguish Maximizers and Satisficers.

[8:36] An example of how a Satisficer and how a Maximizer view opportunities.

[12:46] How a Maximizer’s extensive research and negotiation ability helps them optimize their decisions.

[14:42] A Satisficer’s ability to speed up the decision-making process and stick with a choice.

[19:49] When do Maximizers and Satisficers behave like each other?

[22:44] How to speed up your decision-making process as a Maximizer.

[24:52] How Cindi and Geoffrey team up to make better decisions despite being a Satisficer and Maximizer.

[26:19] How Maximizers and Satisficers can collectively make better decisions at work.

[36:25] How a Maximizer might accidentally send a Satisficer the message that they don’t trust them.

[39:56] Why a Maximizer is often slow at making decisions, and why a Satisficer is faster.

“There tends to be more satisficers than maximizers, but there’s enough of us maximizers running around to where you are guaranteed to know somebody in your family, somebody at work, and in the way that the karmic balance of life works, you just might be married to your opposite on this measure. Knowing this assessment and having the vocabulary for it is probably the biggest benefit to listening to this conversation.” – Geoffrey Tumlin

“Early in the process, you bring it to the maximizer, because they actually do a better job with the research and they’re going to do the research anyway. If they’re a maximizer, there’s no shortcutting the process. I think that this [assessment] is very helpful in work relationships as well as personal relationships. And, I find deadlines to be a wonderful way to get every maximiser in my life to make a decision. It has to be a real deadline though. They sniff out the fake ones. Then, let’s start narrowing the focus and cutting out pieces. And I think that’s where the satisficers then can be very useful to the maximizer.” – Cindi Baldi

“Maximizers can accidentally send [a message] to a satisficer that they don’t trust them because the Satisficer will have done the work, made the decision, be ready to move forward, and then the maximizer will come in and not just question [the decision], but sometimes go back and redo all the research.” – Cindi Baldi

“[This assessment] was from Barry Schwartz’s Book on the Paradox of Choice. I realized there’s a way of measuring this and I realized I’m an extreme maximizer. That would have been very beneficial to know earlier, and it’s something that we’re constantly talking about in the work that we do in organizations on decision making. And it comes up in the coaching and it’s just really useful.” – Geoffrey Tumlin

“I think knowing your strengths and weaknesses, knowing if you’re a maximizer, what works and what doesn’t. Knowing if you’re a satisficer, what works and what doesn’t, and being able to play off of those strengths and weaknesses in a management context and in just everyday life is super helpful. You know, knowing that your partner does things quickly or has a bar and they just want to cross it, or knowing that your partner is really interested in making the best decision, those type of things can lead you down to different decisions that you might not have made you know by playing off of each other’s strengths.” – Spencer Fraseur

“The Maximizers will tend to more often invest time in less important decisions, and so they’re burning time on things that aren’t that important. And those [little decisions] come around a lot more often. The error for satisficers is the reverse. Sometimes they will move too quickly on things that should take more deliberation.” Spencer Fraseur

“My challenge to people is to not necessarily make the right decision every time, but to take stock of your decisions and really think it through and know your weaknesses and your strengths as a person. If you know that you’re a maximizer and you need to make a final decision, surround yourself with satisfiers. If you’re a satisficer and you want to make better decisions, maybe you bring a maximizer out.” Spencer Fraseur

Spencer James Fraseur is a doctoral candidate in management at the University of Texas at Arlington. His first book, The Irrational Mind, won the Royal Dragonfly Book Award in 2020.