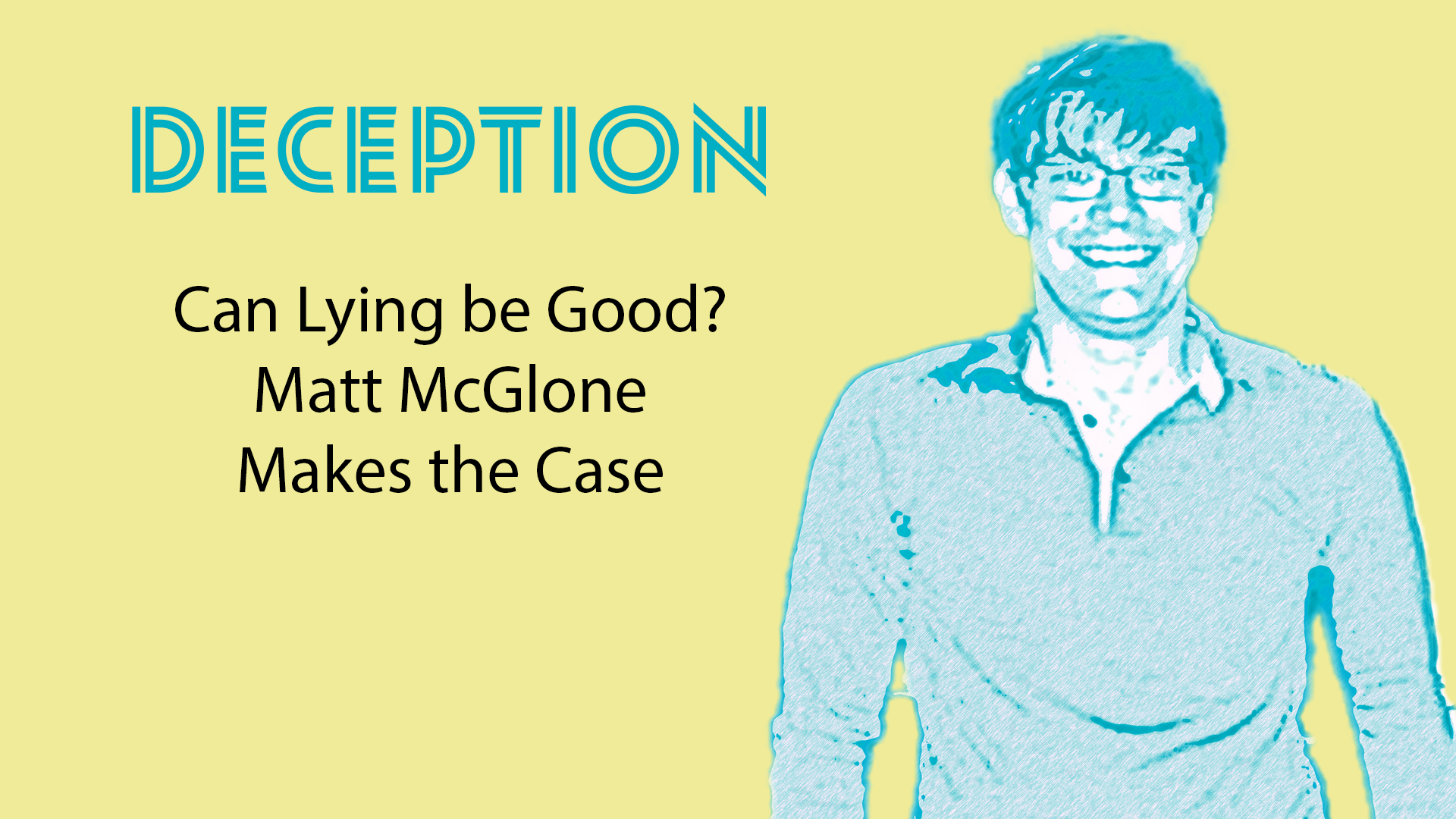 Why everyone is lying to you…and that’s often a good thing.  From the man who wrote the book on it.

Can lying be good?

To lie or not to lie, that is today’s question. Deception isn’t always a bad thing—you probably don’t tell your significant other everything. There’s a difference between outright lies—almost always counterproductive and bad—and selective deception, which is not saying something. Sometimes, a little selective deception is a smart management strategy. After all, that’s what having trade secrets is all about. Today’s guest on Management Muse, Professor Matthew McGlone, is here to tell us more.

The key to leveraging deception in business is to focus on the good, like your good reviews, your successes, and your happy customers. Impression management and selective representation can be a very useful skill for businesses managing their public image.

You can still be authentic and mostly honest while using selective deception. Most people tell the truth most of the time. Used sparingly, and without outright lies, selective deception might be a smart occasional choice. In today’s episode, we dive deep into deception.

[3:04] When deception in management is a positive tool

[16:39] Self-deception to continue to see ourselves in a good light

[21:48] Why you shouldn’t be too hard on yourself for deceiving

[28:00] Differences in groups (females/males) in lying

“Why should organizations which consist of people be any different than the individual who tries to put their best face forward? And so, in that sense, I think that deception can be very useful. I’d say that it is sort of skill. Any sort of impression management selective representation would be very important for a manager. “– Matt McGlone

“Astroturfing is when companies will put their campaigns and efforts to engage in sustainable, clean technology. They’ll put that in the forefront while not talking about the fact that there are major pollutants.  That’s why astroturfing is a wonderful word. It looks like grass. But it really isn’t. It’s as toxic and plastic and artificial as it can be.”– Matt McGlone

“Think of deception in terms of misrepresenting. How much of it is really directed towards yourself and how much self-deception is involved. It’s a lot like art, in that people say ‘I’m not sure how to define it, but I know what it is when I see it’. When you look at all the definitions, it’s very, very hard to fit self-deception in there and yet self-deception is a really important part of human affairs. It happens in all sorts of situations. And self-deception can serve other deception. Many times the way that we go about misrepresenting a truth to others is on some level getting ourselves to believe it.” – Matt McGlone

“Being aware that you deceive is to deceive sparingly, right? Everybody does it, but what distinguishes those that we might consider is to have a strong moral compass are those that do it selectively.  I would encourage people to think more towards the realm of selective representation of the truth as opposed to a lie of commission that might out right misrepresentation by falsehood, because those can come back can come back to get [us].” – Matt McGlone

“We’re generally truth tellers, and so the four things that I remember you saying are to go easy on yourself, try not to lie outright, think about the relationship, and then consider being extremely forgiving of other people when you catch them [in a lie].”  – Geoffrey Tumlin

“I’ve always thought that organizations get hung up when they make their identity about a core value, and then that’s the thing that they wind up doing something contradictory towards whether it’s lying or just an overt act.”– Cindi Baldi

“Used in a very misleading way, and that’s there’s a phenomenon people called paltering. Paltering is when you say things that are truthful, and they are every bit as misleading as a falsehood. I would urge managers to think about how much paltering might be going on in there. In their organizations because I think misleading truths is an overlooked category.” – Matt McGlone

Dr. Matthew McGlone is Professor of Communication Studies and Graduate Studies Representative for the M.S. Program in Information Security and Privacy at the University of Texas at Austin. His undergraduate degree is from LSU and his Ph.D. is from Princeton. He studies social influence, persuasion, and deception.