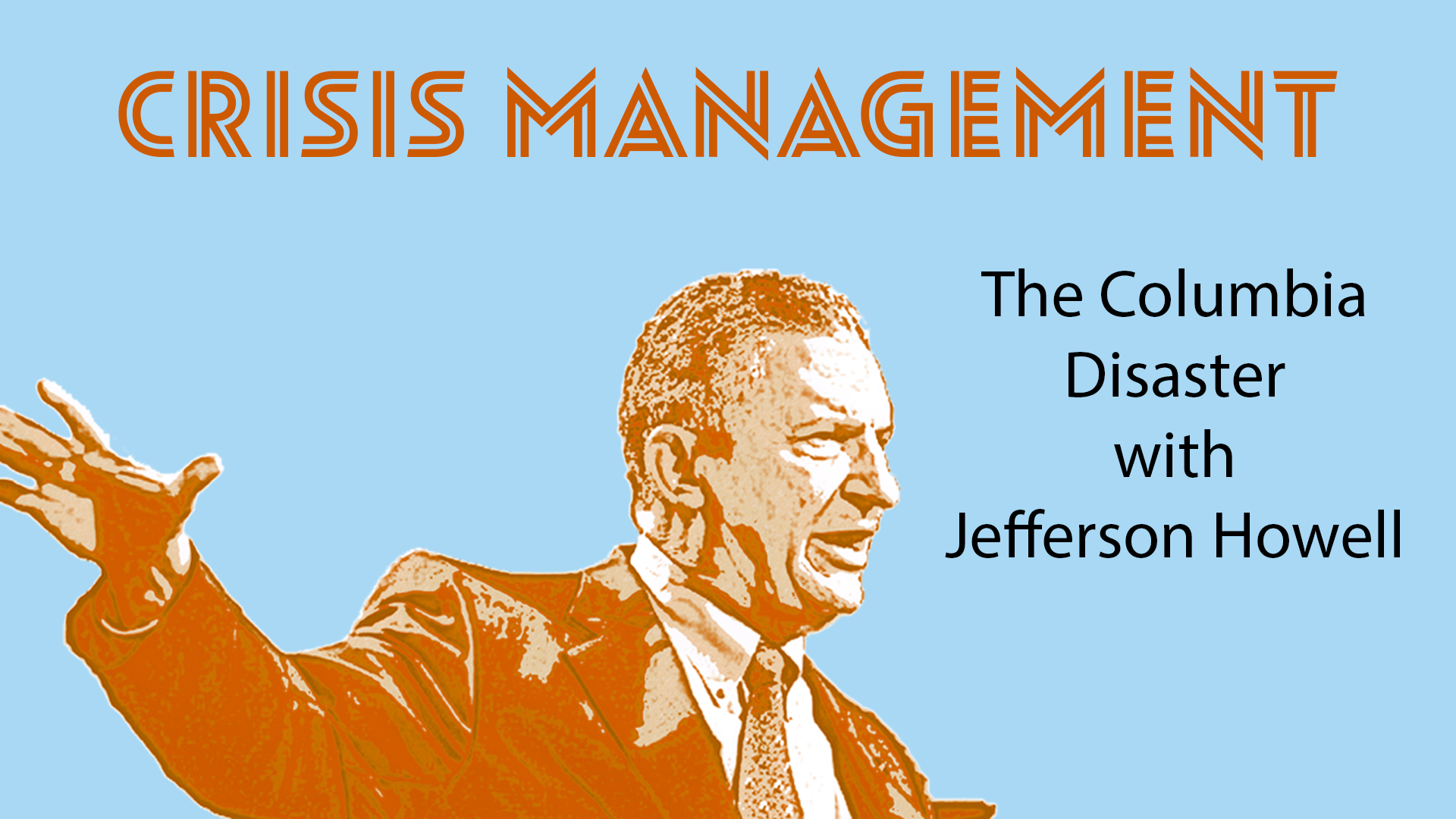 What should good managers do when the crap truly and completely hits the fan?  We ask the former Commander of the Johnson Space Center what he did the day the Space Shuttle Columbia went down.

Encountering crisis as a leader comes with profound challenges. Having the right plan in place can mitigate the hardships that inevitably arise from crisis.

In this episode of Management Muse, retired Marine Corps Lieutenant General Jefferson “Beak” Howell shares his experience leading through crisis and tragedy while Director of the Johnson Space Center during the Space Shuttle Columbia disaster.

[2:00] An example of the challenges of having an unclear organizational hierarchy during a crisis.

[14:32] How a previous crisis, the Space Shuttle Challenger disaster, informed NASA’s response to the Columbia tragedy.

[17:14] How General Howell established his role in the crisis response efforts.

[22:12] An example of learning from mistakes during previous crises.

[23:52] An example of the­ sometimes severe mental health challenges that can come with crises, and the importance of making professional mental health support available.

[24:15] An example of the personal guilt that employees can feel in response to a crisis at work.

[24:45] An example of some of the ways managers can help support their employees and boost morale after a crisis at work.

[27:04] External findings on the Columbia disaster.

[28:34] General Howell acknowledges the mistakes of leadership, and NASA as a whole, that contributed to the Columbia disaster.

[31:14] An example of the importance of listening to your gut.

[32:43] The importance of having a well-planned and well-practiced crisis response plan.

[35:27] General Howell describes the process of creating a plan for the Columbia memorial service, including the U.S. president’s attendance.

[41:36] General Howell discusses how his previous experiences in leadership with crisis, loss, and death informed his response to the Columbia disaster.

“Ron Dittemore [ran] over to me, and he said ‘I need that phone, Beak.’ It was the one and only phone in the cupula, and he [dialed] a number to put together an emergency reaction team that they had already organized, and he looked up at me and he said, ‘Beak, I was there for Challenger. You’ve just begun your worst nightmare.’ And he was right.”

“[Because of the] awful tragedy [of the Challenger], NASA had learned some great lessons about organizing and practicing for a disaster, and being ready for a disaster. And the disaster is never quite what you think it’s gonna be, but at least you’re organized, you’ve practiced… And we had all of our disaster control teams and emergency reaction teams organized. They all met and started coming together about collecting evidence and recovery of the wreckage, which was spread out all the way from west of Fort Worth into Louisiana. And we did that, but it was quite an operation.”

“Because of Challenger, for every launch from then on out, every astronaut had an “astronaut buddy” who was not on a mission who would look after their family while they were in space, and then if there were problems, look after them then. We had people doing that [for Columbia]. They were wonderful. They were well-trained and well-versed. They loved each other and they were great teammates. And so, we had astronauts with all of [the families of the Columbia astronauts], looking after them.”

“You learn in a crisis not to leap to conclusions, but at the same time, take care of the immediate needs as a leader. Think about your people: What do they need right now? You know, they’re the ones that are going to be dealing with this, so support them. Help them have the tools and things they need to get the job done… That’s very important. And of course, don’t leap to conclusions on what might have caused the problem. You find out all the facts… So as a leader, it’s very important… to look at the big picture and see what needs to be done… and assign trusted agents to do the dirty work underneath.”

Lieutenant General Jefferson Howell had a 37-year career in the Marine Corps, serving at all officer levels, and then was Commander of the Johnson Space Center. Following his retirement from NASA, he served on the faculty at the LBJ School of Public Affairs at the University of Texas at Austin.

Van der Kolk, Bessel A. “The body keeps the score: Memory and the evolving psychobiology of posttraumatic stress.” Harvard review of psychiatry 1.5 (1994): 253-265.