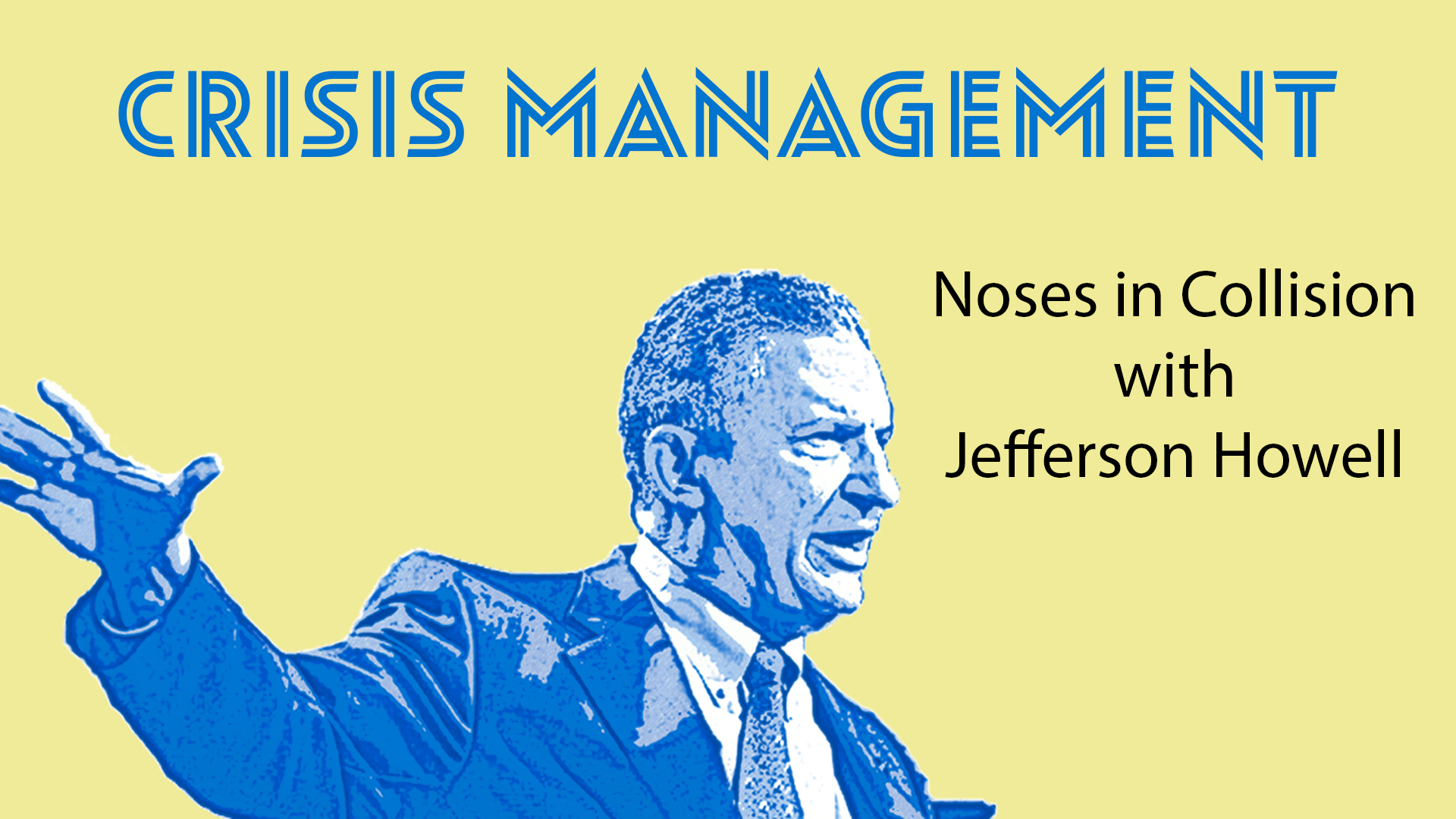 Retired General Jefferson Howell shares lessons from a crisis that almost cost him his job.

The Career Collision that Inspired a Marine Corps Commander’s Call to Leadership.

Generations of Marine Corps leaders have been inspired by ethos of honor and respect. But what happens when aspirational maxims crash—in a fraction of a second—with a potentially career-ending collision over the Sea of Japan? The answer, according to Lieutenant General (retired) Jeff Howell, is it gets real, because “the farther you go up the flagpole, the easier it is to get shot down.”

Our guest on this episode of the Management Muse, Ret. USMC Lt. Gen. Jefferson Howell, takes us on the roller-coaster ride he experienced when a joint exercise he was leading with Japanese fighter pilots went awry mid-air. Howell shares a colorful blow-by-blow account of how he navigated the emotional highs, lows, and unexpected ending that ensued, including a John Paul Jones Award for Inspirational Leadership.

[1:00] Rules of Engagement: Howell is dispatched with a squadron of his Top Guns to help train Japanese counterparts, a series of exercises that went smoothly … at first.

[8:56] The play-by-play of a harrowing scramble over the Sea of Japan that left Howell’s jet with its nose clipped.

[16:07] Mystery solved: How and why a Japanese wingman did a “high yo-yo maneuver” that resulted in an untimely encounter with Howell’s jet during a joint training exercise.

[17:31] The serious fall-out that loomed after Howell’s jet was clipped, and the punishment that looked like it was coming down hard.

[24:14] What being relieved of command means to a military career.

[27:00] Grounded until further investigation, Howell tries to hang in there while his whole career is on the line. Then the phone call comes …

[28:40] When a Non-Happening Occurs: The Commander of the Japanese Air Self-Defense Force saves General Howell’s career.

[30:30] Ironic Timing: Just a few months later, back in Hawaii, General Howell was awarded the coveted John Paul Jones Award for Inspirational Leadership, the first Marine Corps officer ever to receive the honor. From zero to hero in under 100 days.

[32:00] The midnight reflection that inspired Howell to become a student of leadership, weaving together various threads of his career into a cohesive mission.

[34:15] Advice for managing heightened emotions in the midst of a roller-coaster crisis. [35:39] Falling in love with the aspirations and maxims of the Marine Corps: Respect, honor and the highest standards in all realms of life.

[36:19] A general’s sobering words: The farther you go up the flagpole, the easier it is to get shot down.

“As I’m rolling back – BAM! – there’s this bang and the wing man flew right in front of me. Took the tip of the nose of my airplane right off! Confusion. Noise. I didn’t even see him.”

“(The Japanese pilots and I) ended up becoming blood brothers … It was a way of saying ‘We almost bought the farm together, but we made it.’ It was a celebration.”

“The crisis is, somewhere back in America the higher-ups are trying to figure out what happened, and manage a delicate relationship between two allies and it’s playing out and meanwhile there’s a personal big Howell crisis. It looks like you’re about to get blown out.”

“(The Commander of the Japanese Self-Defense Force) took full responsibility. Their guy did not follow the rules of the road in the flight and he wanted to let us know that this had been great training for his people – the best they’d had in years – and that they wanted to continue.”

“I decided from here on out I’m going to become a student of leadership and strive to be the best leader I can possibly be and that’s when I really got dead-serious about following the leadership principles. Prior to that I was sort of playing it by ear and doing okay, but obviously I needed to improve.”

“My leadership experiences prior (to the midair collision) prepared me to stay calm first, try to keep a stiff upper lip, not lay it on your people, make them confident that it’s all going to come out okay and sunny side up.”

“The farther you go up the flagpole, the easier it is to get shot down … It’s remarkable that it all ended up so well and I feel fortunate.”

Lieutenant General Jefferson Howell had a 37-year career in the Marine Corps, serving at all officer levels, and then was Commander of the Johnson Space Center. Following his retirement from NASA, he served on the faculty at the LBJ School of Public Affairs at the University of Texas at Austin.