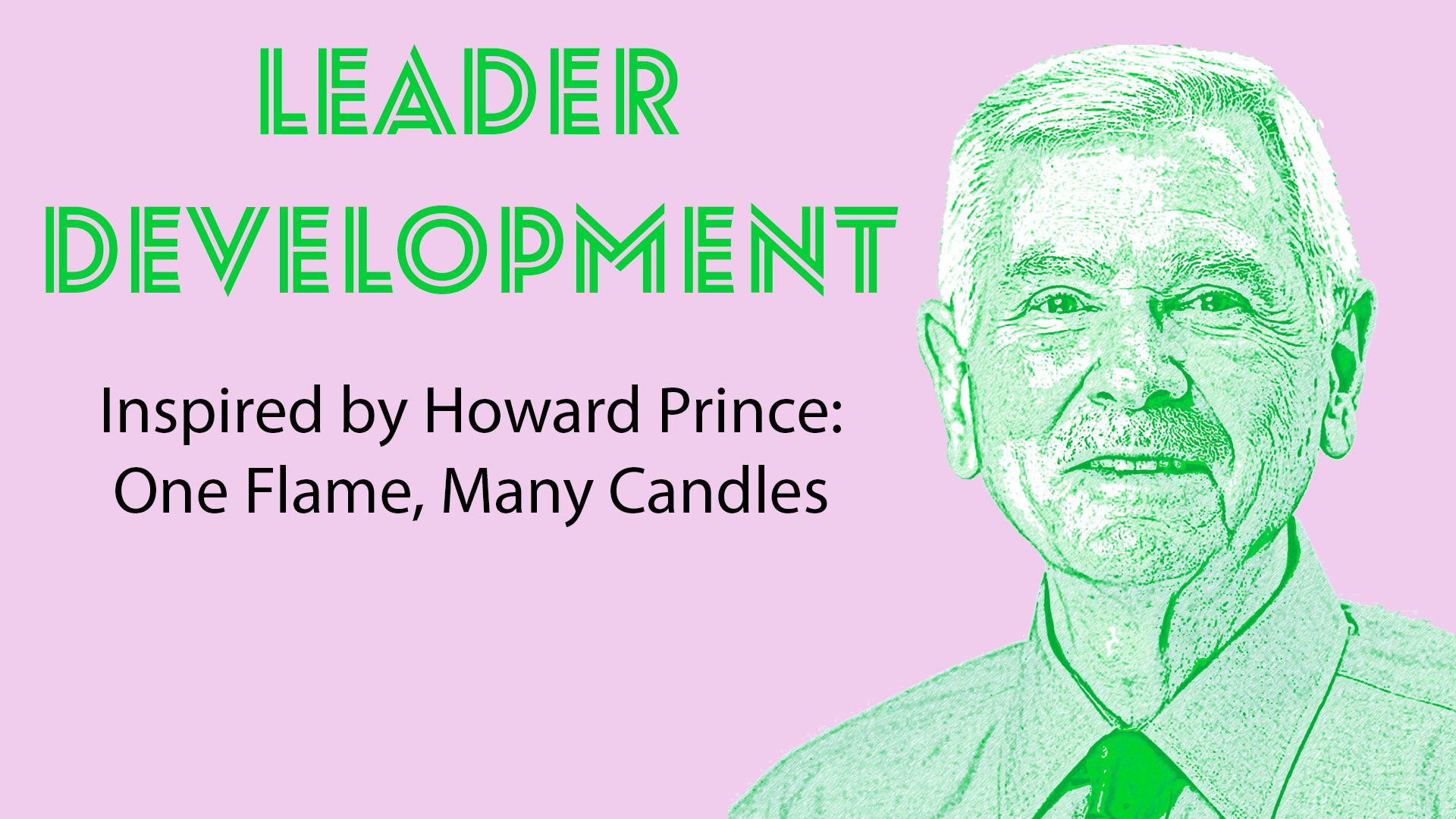 Cindi and Geoff share wisdom from and memories of a man who was doing leadership development long before it was cool.

In today’s episode, our topic is leadership development in honor of our mentor Howard T. Prince II, a pioneer in leadership education, who passed away last year.

We reflect on Howard’s life and contribution to our understanding of leadership. We talk about three myths that Howard disrupted, about his life in the army and in academia, and what a great person he was to know. Howard was a leader who created thousands of other leaders—a light to many candles. He is deeply missed.

[04:00] Understanding the tragedy of psychology

[10:25] Howard’s contribution to integrating women into the US Military Academy

[28:49] 3 myths about leadership that Howard helped to blow up: Myth 1: Yelling at people is effective leadership development. Myth 2: Leaders are born, not made. Myth 3: All you need is on-the-job training to be a leader.

[32:16] Transforming toxic organizations into ethical ones

Standout Quotes from the Episode:

“The tragedy of psychology is that people want to change. But they don’t reflect enough on the limitations between what they’re doing and what they want in order to know how to change. Without reflection, you can’t convert experience into wisdom. Without wisdom, you’re going to be the same person day in and day out, year in year out.” – Howard Prince

“When somebody is yelling at you, the only thing you want is to make it end. You’ll do anything to make it end, but you’re not learning. You’re just trying to extinguish whatever that threat is.” – Geoffrey Tumlin

Howard Prince was a 1962 Honor Graduate of West Point who served with distinction as an infantry officer in Vietnam. After sustaining grievous wounds during the battle of Hue, Howard rehabilitated at Walter Reed, and then completed a doctorate in clinical psychology at the University of Texas at Austin. Upon completion of his Ph.D., Howard was assigned as the cadet psychologist at West Point. During a time of major institutional change, Howard was promoted to be the founding department head of West Point’s Department of Behavioral Sciences and Leadership, which signified the Military Academy’s movement toward professionalizing the development of leaders. In 1990, Howard retired from the Army (and was advanced on the retirement roles to Brigadier General) and became the founding dean of the Jepson School of Leadership Studies at the University of Richmond (in Virginia). In 2001, Howard “retired” to Texas, where he was promptly installed as the Director of the Center for Ethical Leadership in the LBJ School of Public Affairs at the University of Texas at Austin. He held the Loyd Hackler Endowed Chair at the University of Texas and taught students every semester until a few years before his passing in 2020. He was given West Point’s highest alumni honor, the Distinguished Graduate Award, in 2006.

Prince, Howard. “Teaching leadership: A journey into the unknown.” Concepts and connections: A newsletter for leadership educators 9.3 (2001): 1-5.

Errors and Clarifications:
Error 1: Women entered West Point in 1976, to graduate with the class of 1980.
Error 2:  Howard was sent to Vietnam in Oct of 1967 and was wounded for the second time in February of 1968 during the Tet Offensive in the battle to retake Hue.
Thanks to Jack Beach for pointing out these errors.